Why is India Poor? 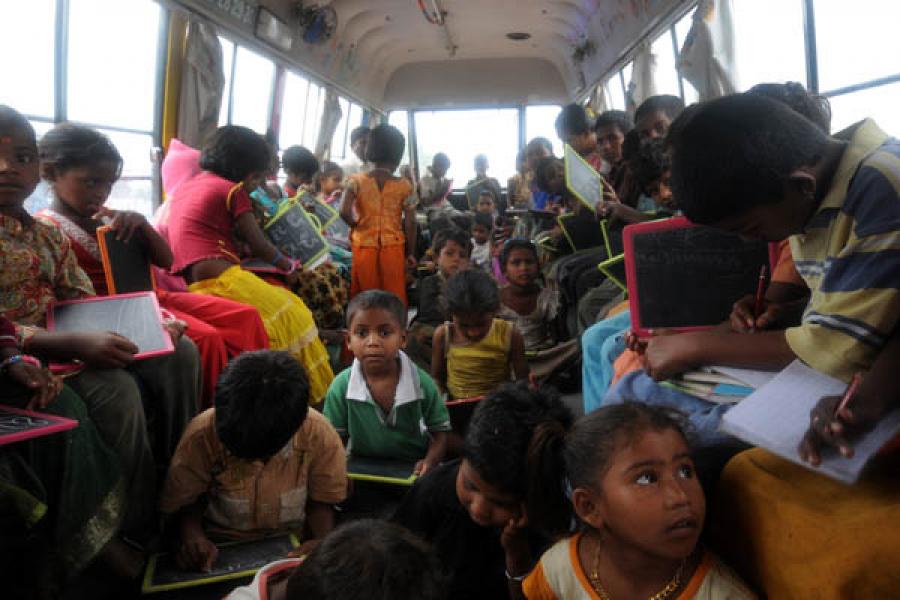 I have been experiencing something very interesting over the past couple of months: I have been involved in various discussions about the virtues of economic freedom and capitalism! And I find that strange because capitalism got thoroughly bashed up after the 2008 global financial crisis. Focus moved from economic freedom to the pathetic state of the poor. The fact that there was a strong positive correlation between increased economic freedom and poverty reduction was forgotten in the excesses of recent capitalism. And when the late Gary Becker said that free markets generally do a good job, while governments generally do not do a good job, only a few people cared to listen. The Chicago School stood discredited. Forbes magazine, which celebrates capitalism, must have also gone through a tough time!

First of all, I spoke at a few sessions of the Freedom Caravan, an interactive dialogue with young people organised by the CCS Academy to explore pressing questions that affect our economy. We discuss what the foundations should be for a free, prosperous and just society. This year the discussion was on ‘Why is India Poor?’ During these 3-hour sessions at various colleges across the country we encourage participants to think critically and freely ask questions so that we all become better agents for change.

We start off by discussing the various traditional reasons given for India’s poverty: Population, education, resources, culture, colonial legacy, corruption, democracy, size, climate, globalisation, etc, and go on, by using data, to analyse why each of these are, at best, only half-truths. We then discuss the role of institutions and policies in determining economic success and, by looking at data again, we talk about the role economic freedom plays in creating policies and institutions that reduce poverty and create economic wealth.

Then, about a month ago, I connected with a group of professionals who are keen on ending the socialist mindset and bureaucratic controls that prevail in our country. They believe that only economic freedom can make India an economically strong country where poverty is considerably reduced. Most of the brainwashing in favour of socialism starts in the classroom, and students do not get a chance to freely debate the merits and faults of various economic frameworks. Most debates on this issue do not use data and it is very easy for the socialism argument to be adopted by politicians and voters. This group of professionals seeks to use facts and figures to back its arguments. How do we teach voters that accepting freebies does not help them? In Tamil Nadu, for example, the government gave away free TVs. India Spend, India’s first data-based journalism initiative, reported a few years ago how thousands of TV sets were given away to villages that did not even have electricity. Shouldn’t the state government have focused on creating more capacity for generating and distribution of electricity instead?

Finally, and this resulted in me writing this blog, I attended a session recently with Bill Gates, who outlined three areas of focus for India: Health and sanitation, education and capitalism! He described how capitalism creates the capital that is helping improve the quality of health and education in India. Most NGOs raise money from foundations and philanthropists who made their money because of capitalism and economic freedom.

The time has come to move the argument from wealth inequality to reducing poverty. Instead of focussing on how the rich are getting richer (the Indian crab mentality) shouldn’t we focus on getting the poor out of poverty? How do we create a larger pie where everyone benefits, as opposed to either creating a larger pie where only a tiny section of society benefits or repeatedly slicing the same pie so much that there is no incentive to work hard? When will people learn that it is better to teach a person to farm than to dole out food every day (I thought that the fish and fishermen analogy wouldn’t fly with the vegetarians!)?

I will end with one of my favourite poems, ‘Where the Mind is Without Fear’ by Rabindranath Tagore. Tagore did not specifically mention economic freedom in that poem. But the freedoms that he talked about—knowledge, speech, hard work, debate—are all components of economic freedom… “Into that heaven of freedom, My Father, let my country awake.”

(Disclosure – I Chair the Board of Advisors of the Centre for Civil Society).