Who is Kailash Satyarthi? 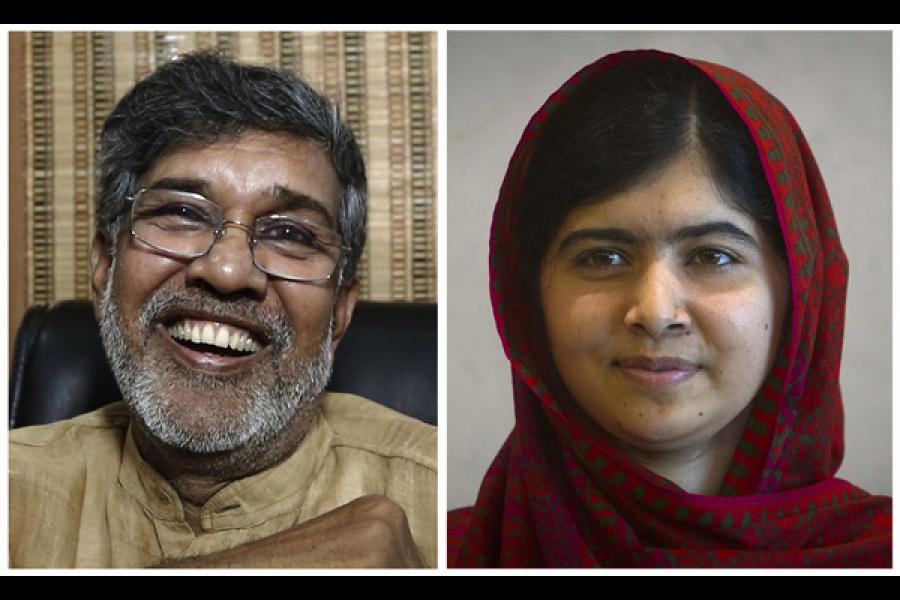 A year back I only vaguely knew of Kailash Satyarthi and the Bachpan Bachao Andolan (BBA).  Last year the doorbell rang at the home of Sapna Bajaj Sawant, my wife’s old college buddy. There was a young boy at the door looking for work. Sapna told him that he should be studying. He said that he needed to work to support his family. Sapna asked him to come back the next day. She then called my wife, Fiona, to ask her how this kid could be helped and where this kid can be schooled. The kid never came back. Fiona and I talked about what we would do in such a situation. I didn’t have clear answers. That evening I received an email from Leaders Quest regarding their Pow-Wow to be held a few months later in Jaipur. We were given a list of non-profits and we had to select one to spend the day with. My eyes immediately fell on an organization that worked on putting an end to human trafficking and child slavery. It described Bachpan Bachao Andolan (which means ‘save the childhood’) and also mentioned that we would be able to interact with an orphan from Nepal  who was earlier a rag picker and pick pocket and who now volunteers with BBA. Maybe I could find answers for Sapna (and myself) if I spent a day at BBA.

That’s how I got to spend time last October with Kailashbhai, his wife,  Basu and the rest of the team at Bal Ashram. It was fascinating to hear some of the stories these young kids told us. One boy worked as a slave in a sweatshop in Delhi after he was sold by his family. They would be hidden when inspectors showed up. Another kid, who snuggled up to me later, talked about how he begged on the streets of a town in MP. After talking to us, one kid looked us in the eye and asked, “What can you do for us?” I struggled for an answer; I was there to get answers to my questions, not to answer such tough questions. I gave a bullshit response, which must have been so bad that I can’t even remember it today. After we stewed in our embarrassment for a while, the boy said, “If you really want to help us, the next time you see a kid being forced to work and not given a chance to study, complain to the authorities. That’s how you can help us” He did not ask for anything for himself… all he asked for was that we help rescue other kids who are still in slavery. That blew my brain… to have lived such a crappy life and only care about other helping kids in similar situations. There was a lesson in humanity that is not taught in a classroom.

Before that session Kailash had told us the BBA story. I have met him a few times since then and have always been enthralled with his stories about rescuing kids, being locked up in remote towns and railway stations by conniving policemen, being beaten up, crossing the world with the Global March Against Child Labour, etc. Enough will be written about him and his work over the next weeks, so I won’t detail them here. I asked him my question and he said that it is not wrong for kids to work for economic reasons, as long as they are treated properly and given a chance to get educated also. Slavery, bonded labour, inhuman conditions can’t be accepted.

We then heard Basu Rai’s story… orphaned on the streets of Kathmandu at 5, joined a street gang at that age, became a beggar, learnt to use a knife after getting beaten up as a pickpocket, rescued by CWIN of Nepal at 8, on an airplane to Manila at 9 to represent Nepal at the Global March Against Child Labour. That was when he met Kailashbhai for the first time. He then traveled alone from Nepal to Delhi at the age of 10 and landed up at Kailash’s home. Along the way Basu also became an entrepreneur, training people for the BPO industry. And he is only 25 years old today. Basu was looking for a publisher for his life story and Renu Kaul Verma of Vitasta, Papri Sri Raman and I subsequently helped him realise his dream of publishing his life story. However, his story doesn’t end here and he still has to craft the rest of his life. You can order a copy on Amazon or Flipkart. I also learnt how tough it is to sell a book through conventional book stores.

So why is Kailash a stranger in his own land? Maybe because there are so many Kailashes here who are battling exploitation in India. I only got to know of him a year back and most of the country heard of him for the first time last Friday when he was awarded the Nobel Peace Prize along with Malala. Everyone knows of Malala, thanks to the foreign media. In India the crab mentality ensured that people did not acknowledge the great work he is doing. I haven’t read many congratulatory comments from politicians and businessmen over the past two days and people remark to me, “You are the only person we know who knows of him!” Kailash received many global awards before the Nobel Prize, but hardly anything in India. Now the Indian awards will flow. Kailash struggled for funding for BBA and the Global March. Now funding will flow. At the age of 60, new doors and opportunities will be opened. That’s the power of the Nobel. I possibly will find it difficult to meet him since the whole world wants to be seen with him now. When will we in India appreciate the hard work being done by people focused on human rights violations – slavery, domestic violence, mental abuse, etc? When will companies and philanthropists fund such ventures also, instead of only funding education (and now sanitation, after Modi brought the issue to centre stage)? When will India support vital, but neglected, human rights issues when the help is urgently needed, instead of jumping in only to keep the Prime Minister happy or because the Nobel Prize Academy has rewarded this work?

I am happy that I knew Kailash when he was an unbranded giant. This is the beauty of accidents… if it was not for Sapna, Leaders Quest, Basu Rai, etc. I would not have known Kailashbhai and I wouldn’t have been exposed to the cruel and compassionate world of child labour and slavery.  Cruel because inhuman humans destroy the lives of these kids and compassionate because heroes like Kailsahbhai and his team at Bachpan Bachao Andolan work 24X7 to save these kids.

So please get involved with these causes, because you shouldn’t have to ask yourself again, “Who is Kailash Satyarthi?” when the next Kailash gets rewarded by an international organization.

(Disclosure – I am an Advisor to Leaders Quest / CORO India)