What I learnt from my dad 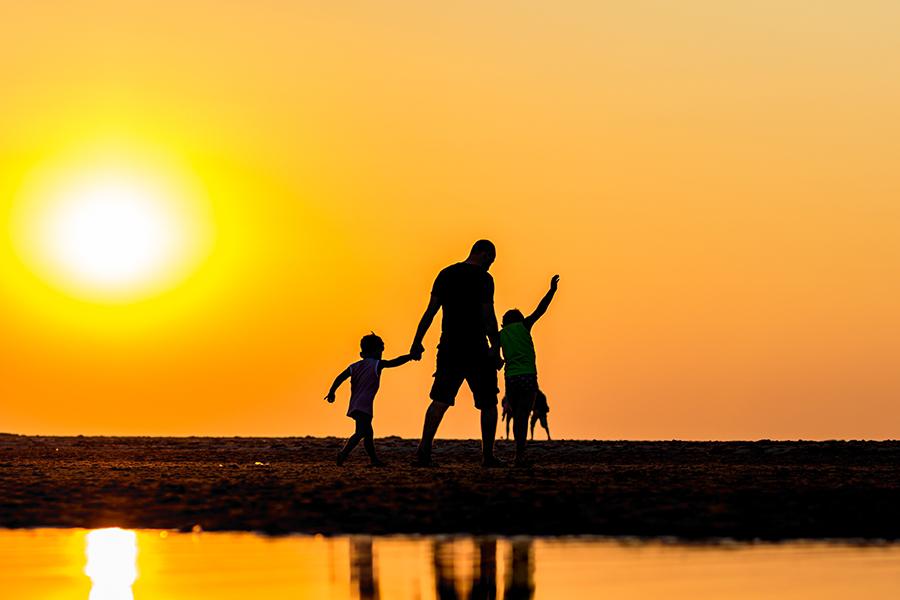 My dad, Mario de P Miranda, passed away a few days back. During one of our last conversations, he asked me why I had not written a blog for so long.  As I was reading the various emails that we received after he passed away from his family and friends (including from former colleagues of over 40 years back), one stood out. This was from my mother’s godson, Girin Barretto, who wrote, “I will miss him as he was always upbeat, full of humour and always gave me good advice.” And I said to myself that sounds a lot like me; and clearly I learnt all of this from him (okay, I am not too sure about the ‘good advice’ bit!). So this blog is in memory of my dad – and what I learnt from him.

Dad was always upbeat. As he grew older, he became a bit pessimistic, but I put that down to old age. Dad always looked at things positively. He was always looking at how to solve problems, and not how to hide behind excuses. Raja, his steno from years gone by, wrote, “One thing I still remember, he will never say die. He will not allow any grass to grow under his feet.” That’s the first thing I learnt from my dad – be positive. Last night I attended a lovely evening at a friend’s place, where the accomplished performance artist, Rama Mani, narrated many positive stories of transformation through short theatrical testimonies. In the interaction after her performance, a couple of people argued that it would have been more interesting if Rama had narrated stories of failures and frustration instead because that would engage people better. I quickly jumped into this conversation because I worry that people believe that change can happen only by focusing on negative news. The media is full of it. And I strongly disagree. I firmly believe that stories of positive change are better and more powerful. By focusing on negativity, we create unhappy people with high blood pressure and a lot of frustration. Instead, as my dad taught me, if we focussed on the good, we will have a happier and more pleasant place. This sense of optimism made me take the right (and at those times, strange) decisions to return to India straight after Chicago Booth, join a startup bank (now India’s largest bank by market cap), start an infrastructure private equity fund (which became India’s largest institutional alternatives platform) and move into the non-profit world.

Dad was known for his jokes. He would remember all of them and had one for virtually every situation. And people loved his jokes. At least most of them did. My poor mother didn’t find them funny after hearing them multiple times during their 58 years of being together. Dad was known for sending out a lot of emails daily, many of them about jokes. At work, he used humour very effectively. That’s the second thing that I learnt from my dad – laugh and make people laugh. Often I would be told that people recognised me in a crowded room because they heard me laugh loud. I remember shocking investors at our annual investor conference when my presentation contained a lot of Asterix cartoons… maybe I went overboard on the humour part! Dad taught me not to take myself too seriously. People take life and themselves too seriously in their black suits and corporate lives. But then again, I realised that I may have gone too far when my mother recently started referring to me as her ‘bum son’!

Ever since my dad passed away, so many people have written about how my dad touched their lives through his advice or his help. He was always there to look after his team, family and friends and fight for them. Sometimes this put him in conflict with his senior colleagues, but dad stuck with his point because it was the right thing to do. When some of his juniors asked him for advice on whether they should leave for another organisation, he encouraged them to do so if it made sense for them. This is the third thing that I learnt from my dad – genuinely care for people. He also taught me to be patient when dealing with people.  I remember dad telling me over 30 years ago, how Aristotle Onassis would remember discussions with people by taking notes after every meeting. I still do that religiously, which helps maintain relationships with people.

My dad was very organised and had files for everything in his cupboard, including a file titled “Information After My Death”. All his records were meticulously kept. That’s the fourth thing that my dad taught me – be efficient and organised. But that’s one thing I didn’t learn from him. Despite my best of intentions, I am not that organised. Just ask my wife!

Dad always had time for his kids. But he never sat us down and instructed us to be positive, to have a sense of humour, to genuinely care for people or to be efficient and organised. He just lived these values and we learnt them by observing him at home and elsewhere… he taught by example. And as his generation moves on, it is our responsibility to spend time with our kids so that we pass these lessons on to the next generation.

I struggled with how to end this blog, when a mail popped up from a very dear friend of my father’s, Alex Abraham. ‘Uncle’ Alex worked for my dad in the 60s and my dad helped him decide to move on from Burmah Shell. He then had a great career in Unilever, before becoming an author, traveller, magician, etc. This is what he wrote, “Mario’s true legacy is ‘People’. He created an environment suffused with love and laughter, in good times and bad, in youth and age. So many of us will miss him in more ways than I can count.”I hope people say that about me when I am gone. Then I can truly say that I really learnt all of this from my dad.