The Lokpal and I 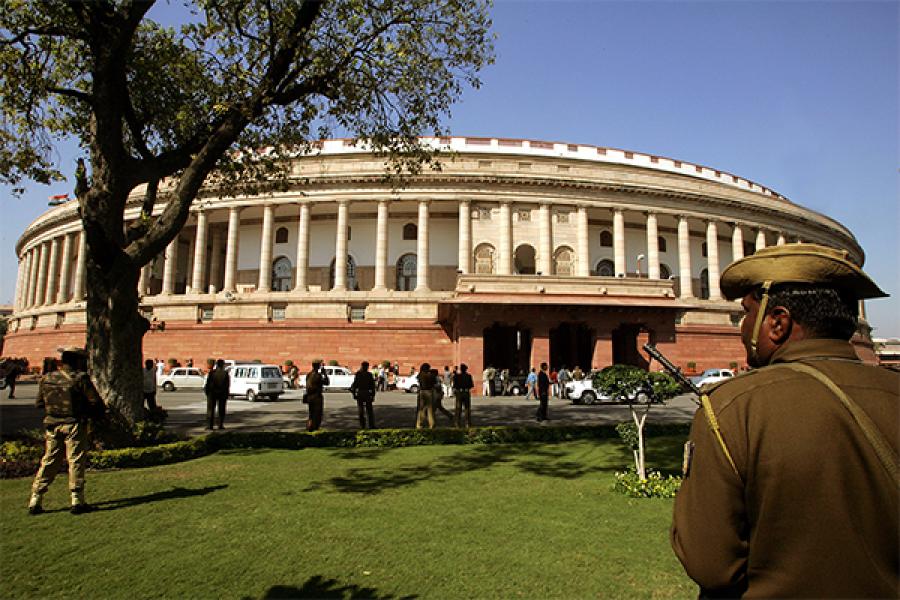 Swaminathan Aiyar wrote an interesting article in the Times of India recently where he talked about how the anti-corruption agitations in 2011 forced the government to pass the Lokpal and Lokayuktas Act in 2013, and that same Act is now being used to harass NGOs. Lokpal is a word reportedly coined by Dr L M Singhvi in 1963, which means caretaker of people, an ombudsman who represents the public interest. The lokpal is responsible for investigating corruption charges at the national level and the lokayuktas do the same at the state level. In 1966 the Administrative Reforms Committee headed by Morarji Desai recommended the setting up of lokpal and lokayutas to handle grievances of citizens. This Act was passed in a hurry by the Congress-led UPA government and no Lokpal has been appointed in 3 years to prosecute corrupt government ministers and officials. Despite that, over the past couple of months the government has been working to ensure that trustees and officials of certain NGOs have to file their statements of assets under the Lokpal Act by 31 July 2016. Multiple circulars were issued, but after a meeting some parliamentarians had with Prime Minister Modi at the end of July there was some respite. I held off publishing this blog in the hope that the issues will get addressed to the satisfaction of the trustees. But since the issue still remains wide open, I decided to go ahead.

I spent a lot of time on this issue in July, to understand how it impacts me. I quit my full-time private equity job in 2010 and gradually eased into the non-profit world. I engage with amazing people who are passionate about their causes and ideas and are not motivated by money. I see my role merely as a dot connector – connecting money to causes, connecting efficiency and accountability in a cost-effective manner to NGOs and connecting people to jobs in the non-profit world.  Suddenly the June 20, 2016 notification caused many, including me, to question whether the NGO world was some place to stay away from.

What caused this turmoil? The Lokpal and Lokayuktas Act of 2013 stated that ‘any person who is or has been a director, manager, secretary or other officer of every other society or association of persons or trust …  in receipt of any donation from any foreign source under the [FCRA] 2010 in excess of ten lakh rupees in a year’ will be deemed to be a public servant. Most of us missed this entirely or failed to understand the consequences. But some Like PRS Legislative Research did point this out when the Bill was discussed. They also brought it up at various meetings. But their point was ignored by most people, including the government.  For those who are jumping up to blame Prime Minister Narendra Modi for this draconian anti-NGO clause, please remember that this Lokpal Act was passed by the Congress-led UPA government. On June 20, 2016, the Ministry of Personnel, Public Grievances and Pensions (Department of Personnel and Training) issued 3 notifications that required key people connected with NGOs who received more than Rupees 10 lakhs a year from FCRA sources or Rupees 1 crore from the government, to file annual declarations of their personal assets, as well as of their spouses and dependent children. This has to be filed by July 31, 2016, for the previous 3 years. If you did not do so, it would be assumed that these assets had been acquired through corrupt means and you could go to jail.

Why are people connected with only certain NGOs treated as government servants? One doesn’t know. Nowhere is the rationale explained. Swaminathan Aiyar attributes it to the empire striking back.  My initial reaction was that I will file it because I have nothing to hide. But friends, who are far more competent dealing with such matters, advised me to pause. Will this information be kept confidential? What would be the consequence if some small asset worth a few lakhs rupees was not reported (another circular of 20 July, 2016, states that jewelry has to be weighed and valued and other assets worth more than one lakh rupees have to be declared)? Can people use this information to harass or extort money from you or the NGO? Suddenly the matter looked a lot more complex. Many friends said they will quit the boards of such NGOs, and some have already done so. But the smart drafters of the Act had covered this – if you were connected with the NGO when the money was received, you will be required to continue filing these declarations of assets until this money has been spent.  And if this FCRA or government grant was used to fund a corpus, you have to continue filing until you die. So resignation wouldn’t help. It is like the words in the song ‘Hotel California’ – you can check out any time you want, but you can never leave.

I spent a lot of time on calls understanding what to do. Subsequent circulars and resolutions only deferred the reporting by trustees to the end of the year and removed the provisions that covered spouses and dependent children from being covered. But the problem will still remain as long as Sections 14 (g) and (h) remain in the Act. Those already in the NGO world are stuck. Others who have not yet got involved will stay away. NGOs will not be able to attract credible and experienced trustees.

Such an assault on civil society does not exist in any civilized country. Noshir Dadrawala, CEO of the Centre for Advancement of Philanthropy, confirmed this with the International Centre for Nonprofit Law. Steps like this will lead to the decline of the NGO sector, which will adversely impact the poor.

Besides impacting the marginalized, this measure is also anti-women. In many communities, brides get gifts from their parents as streedhan at the time of their marriage (ornaments, cash, etc.). These assets are their daughter’s safety nets to be used in emergencies. In many cases their husbands are not aware of these assets. To expect women in the NGO sector to disclose their streedhan is adverse to the rights of these women.

I am all for transparency, which is why my initial reaction was to comply. But will such filing actually help reduce corruption in India? Why are other private-sector organisations holding funds for public purpose or recipients of foreign money not covered by the Lokpal Act (like listed and unlisted companies, partnerships, sole proprietorships, Indian arms of foreign foundations, etc)? How can people connected with a private organisation be deemed to be public servants? Is this a violation of Article 14 of our Constitution? Legal experts who are more competent than me are addressing these questions. Of course NGOs that are corrupt, non-transparent or fraudulent (and there are many like that) should be shut down and their guilty officers should be punished.  But why treat all NGOs with such suspicion? One way to increase transparency is to require directors and senior officers of all private sector entities (NGOs, corporates, partnerships, etc) to disclose their Income Tax PANs.

So what should I do? I have been advised by legal experts to start collating the necessary data   (which is anyways a good idea to do, but it is a challenge to get data for previous years and to value non-financial assets).

And what should the government do? Continue to fight against corruption. That is why the Lokpal Act was passed in a hurry by the UPA government in 2013. Appoint a respectable lokpal and respectable lokayuktas. Reconsider the need to treat people connected with certain NGOs as government servants.