The Economics of Scarcity 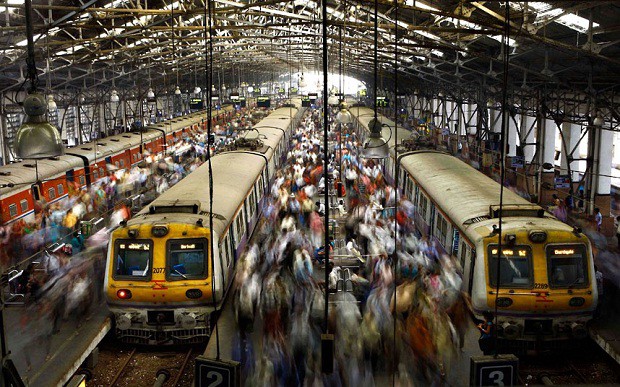 Recently 23 people were killed when they got crushed in a stampede on a railway bridge in Mumbai. Students sweat for months in tuition classes to prepare for entrance examinations for engineering courses. We used to pay a small fortune in the 80s to get an allocation for Bajaj scooter or a gas connection or a telephone line. What do all of these have in common?

Scarcity. By controlling the supply of a resource or a product, the demand for it spirals (because of hoarding also), resulting in distorted behaviour patterns. We have become accustomed to living in a resource starved country and that has resulted in people leaping into trains to get a seat when the train approaches Churchgate station during the evening rush hour or rushing to get into a train even when the path in front of them is packed and it is raining. Our bureaucrats and politicians are still stuck in this mindset of controlling supply, which results in artificial shortages or inadequate infrastructure. We, therefore, have inadequate access points at stations and curbs on setting up teacher training colleges in Maharashtra.

Given that Chicago Booth’s Richard Thaler just won a Nobel Prize in Economics, I flipped through his book ‘Misbehaving’ to see what behavioural economists had to say about such behaviour, and I came across a book titled ‘Scarcity’ written by Sendhil Mullainathan (of Harvard) and Eldar Shafir (of Princeton). They looked at the psychology of scarcity, mainly related to economic poverty, and conclude that scarcity impacts behaviour. For example, they looked at sugar cane farmers in India and studied that these farmers made better decisions after the harvest (when they had been paid) than when compared to decisions made in the pre-harvest period when they are financially more strapped. The poor have higher opportunity costs and therefore are always looking at trade-offs. These trade-offs do not only apply to financial scarcity; they apply to all forms of scarcity, including time scarcity. For example, “If I do this now, what do I not do today?” Basic activities can turn into luxuries when we do not have time. As Shafir says,” What’s most striking is that these findings make a very strong case for the idea that people who look very bad in conditions of scarcity, are just as capable as the rest of us when scarcity does not impose itself on their minds.”

Which gets us back to why people rush into trains — they work long hours and have a long commute in a cramped train compartment. Hence, they will try to maximize scarce time and scarce space and rush into the train even before it reaches the station. If we had longer, more frequent trains the need to rush into them will go down. But we are not used to building over-capacity and invariably run out of capacity even before the service has started. Planners have failed to recognize the impact of scarcity on people’s lives. Of course, when supply is initially increased there will be excesses. Like when drinks were allowed on domestic flights; people initially drank too much because they were used to being in a scarce economy and over time the excess drinking eased off (there will be exceptions, of course!)

So, one way to stop people risking their lives every day when commuting is to reduce scarcity by increasing the capacity of our train system and creating alternative travel options (like the metro). We have a lot to learn from how scarcity distorts the way people behave and how deprivation wreaks havoc on cognition and decision making.