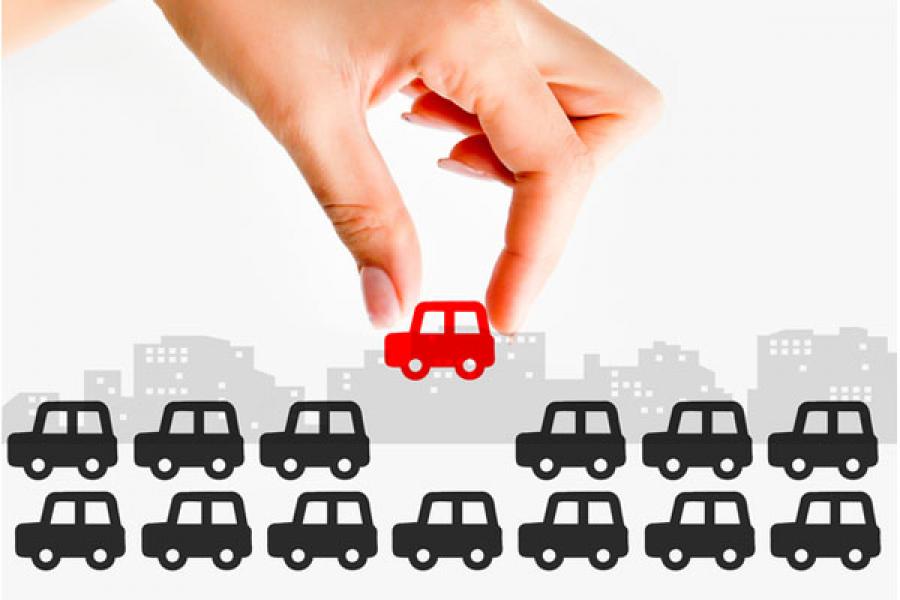 Last weekend the University of Chicago opened its Center in Delhi. This is the first major US university to set up such a facility in India. When I visited the center while it was being built, I was amazed at its location. It is in a building called Capitol Point at Connaught Place. Imagine an office in the centre of Delhi with lots of affordable car parking and just 15 minutes from the airport!

Capitol Point is an interesting joint venture between DLF and the New Delhi Municipal Corporation (NDMC) and houses multi-level car parking. This is the most sophisticated car parking facility of scale that I have seen in India. It has 11 levels with 8 levels of car parking, 2 levels of commercial space and the basement is a parking bay to drop off and collect your car. The commercial space is where the University of Chicago and other offices are located.

The parking experience is amazing. You drive into the basement, after the mandatory security check, and get your parking ticket from a machine that also takes a picture of the car before an automated boom barrier lets you into the basement. You then drive your car onto a pallet in the basement and get out of your car. Your car is automatically taken up to one of the parking levels and automatically parked till you return. The car park uses pallet-based technology on conveyor belts. The car engine is shut off when you drop off your car in the basement – so there is no pollution on the 8 levels where the cars are parked.  To retrieve your car you take your ticket to the air-conditioned lobby in the basement where a machine lets you know your total bill which you pay at a counter (the payment part has not yet been automated). While you wait for your car to come down you can sit in air-conditioned comfort, where you will be notified on a screen when your car is ready for you in the basement. The average collection time is less than 5 minutes. You then get into your car and drive out. If you have a driver, your driver can wait the entire time in the same lobby and can watch television, instead of sitting in the hot sun on the road. What an experience! All for just Rs.10 an hour.

Now here comes the sad part. The car park is hardly used by people in Delhi! Owners and drivers prefer to park on the road, possibly paying a higher rate or parking for free and blocking traffic, while their cars get heated up under the sun. What a shame. When I went there once I asked my driver to park in the car park and he was amazed at the cost and the experience. I asked him why he had not gone there before and he said that he wasn’t aware of the car park. So I hope that DLF and NDMC start advertising more about this excellent infrastructure that is priced so reasonably. The cost to park here is a fraction of what it costs in other major cities across the world.

There is more to come… In less than a minute one can walk from the University of Chicago Center in Delhi to the Shivaji Station of another state-of-the-art infrastructure project – The Delhi  Airport Metro Express. I have used this Orange Line many times and it is the most efficient way to get to the airport from the centre of the city. Once it took me just 45 minutes from Old Delhi to the airport during evening rush hour by using two of the metro lines. Last Monday I had a huge suitcase which was not difficult to roll from Capitol Point to Shivaji Station, take it on the escalators (which work), get it scanned and get onto the metro. In less than 15 minutes I was at T3 of the Delhi airport at a cost of only Rs. 120. The ride is extremely comfortable and the quality of the compartment and the infrastructure (including fully-automated ticketing machines) are just like the Hong Kong airport express and the Paddington Express in London. Yes, there were delays in getting this started and it had to be shut down for a while after it started for technical and commercial reasons. But this is by far the best way to get into Delhi from T3.

And here comes the sad part, again. Not many people use it. Maybe ‘sophisticated’ Delhiites can’t be seen talking public transport. Smart commuters from Mumbai tell their drivers to wait for them at one of the stations and thereby escape the crazy Delhi airport traffic. All for a fraction of what it costs in Hong Kong and London.

This finally brings me to a Reuters report that I found on the website of Tata Power some time back – “Counting the Cost of India’s Blackouts.”  This is an excellent note that reflects the sad state of infrastructure in India. To quote from it, “Is it better to pay more money for more electricity, or keep prices low and look forward to blackouts that will conk out offices, factories and homes in India? … Indian politicians must therefore strike a balance between allowing the private sector to make money, while at the same time protecting the interests of customers (and voters) in a country where hundreds of millions live below the poverty line … Is it better to have state-run pot-holed roads, or have swish six-lane highways that charge a toll that becomes unaffordable to some?”

I hope people in Delhi and the next government are listening.