How Trust Deficit Has Invaded Our Lives 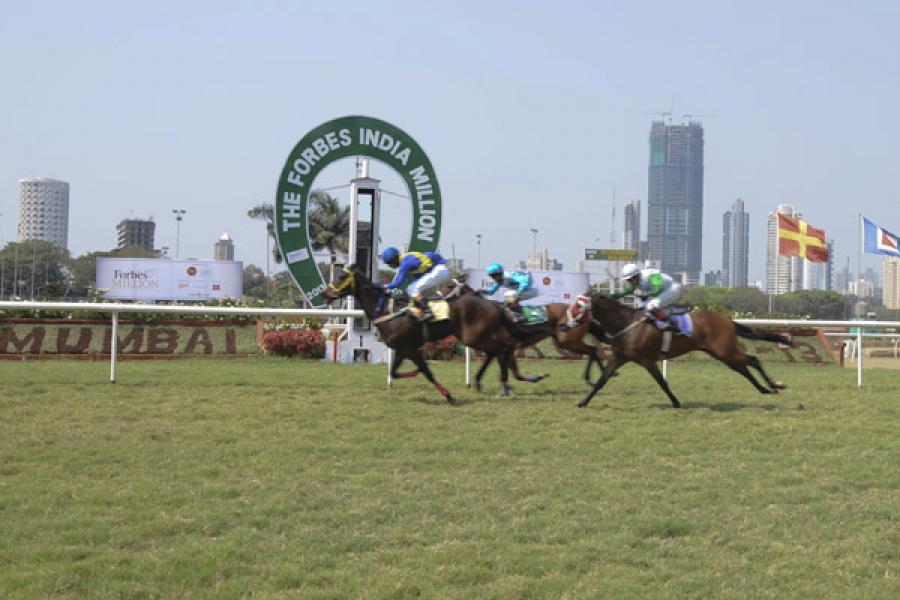 Many months ago, I attended a discussion at the Observer Research Foundation on the future of the Mumbai racecourse at Mahalaxmi. It was an interesting discussion. There were many proposals presented on how one can develop that open land into a lovely green space which all Mumbaikars can enjoy. Today, people can walk or run around the racecourse track during certain times of the day and enjoy total peace away from the noise and pollution of Mumbai. A few years ago, when our daughter was sitting for her examinations at her school in Tardeo, I would go for long walks at the racecourse around 9 am while she wrote her papers. It was so peaceful.

The 99-year lease to the Royal Western India Turf Club (RWITC) expired last summer. In May 2013, the BMC decided against renewing it. A part of the 226 acres is owned by the BMC and a larger part is owned by the state government. I do not know where the lease renewal decision is stuck at the moment, but it clearly has been forgotten by the media. I thought that the proposal to build a garden of international standards at that site was an excellent idea and some very interesting proposals were presented.

However, the underlying tension in that room related to the sincerity of the government in actually retaining that open space for the citizens of Mumbai. People were sceptical that the government would actually build a garden, let alone build one to international standards. There was a fear that real estate developers would grab parts of the land and the area that would be finally available to develop a garden would be much smaller.  I left the room with the belief that we should renew the RWITC lease—this way all of us would at least be able to enjoy a part of this open space for most parts of the day—but it finally boiled down to a lack of trust in the government on whether it would keep its commitment.

It is this trust deficit that is hurting public policy today. Citizens do not believe that the politicians and bureaucrats work in the interest of the citizens. Lobbies, like the real estate lobby in this case, can adversely impact our interests. And the recent corruption scandals have seriously widened this trust deficit. This is the deficit that the Aam Aadmi Party very successfully exploited in Delhi. But does that mean that all politicians are crooked? Does that mean that all bureaucrats are crooked? Does it mean that all policemen are crooked? This is what the public seem to believe. I do not think so. Yes, there are many people in public service who have forgotten the importance of the words ‘public’ and ‘service’. So even if the government wants to take a step in the right direction, people doubt it.

And this trust deficit has made decision-making difficult in the government itself. Government officials cannot offer a contract to someone who possibly has the best product but not the cheapest price. Contracts have to be bid out and must be awarded to the lowest bidder. This is because there is a trust deficit within the system—people assume that a contract has been awarded bilaterally because someone has been bribed. Of course, open, transparent bids have a lot of advantages. However, in many cases, the contract will be awarded to the lowest-priced contractor, who will do a shoddy job or come back with repeated cost escalations.

Take a look at the existing domestic terminal in Mumbai. It was the last major contract done by the Airports Authority of India before the airport was passed on to GVK to manage. It looked lovely, but, within a few months, we all noticed the poor quality of material used. The new Mangalore airport has a similar challenge—lovely design, but poor quality material—all because the L1 process has to be followed to avoid persecution by the dreaded 3 Cs—CVC, CBI and CAG.

This trust deficit does not only exist between the government and employees and citizens. It is found everywhere. Cricket, or example. The betting mafia has given a bad name to the game. If someone drops an easy catch fans say “paisa khaaya” (the fielder has been bribed). Just like when a batsman gets out for a low score.

And this trust deficit gets into our own homes. So, many times, we come across husbands and wives quarrelling on silly matters. Or mothers-in-law over-supervising their daughters-in-law. Or kids not being allowed some freedom.

I have three suggestions. The first is open transparency (as opposed to ‘fake’ transparency). For example, if there is public transparency on how tariffs are being set by toll operators, it is possible that the public will stop supporting the absurd destruction of toll booths by the MNS. It will also bring back trust in PPPs. But there have to be boundaries for openness—otherwise the trust deficit leads to fears of persecution by vested interests or the 3Cs.

The second is open communication.  If people are open with each other and communicate properly, the trust levels will improve.

And the third is that we stop being so suspicious and stop seeing conspiracies in every situation.

Until then, the trust deficit will continue to eat away at our faith in public and private institutions.