Lessons from the 1971 Indo-Pakistan War: Be human, celebrate success, and remember the invisibles 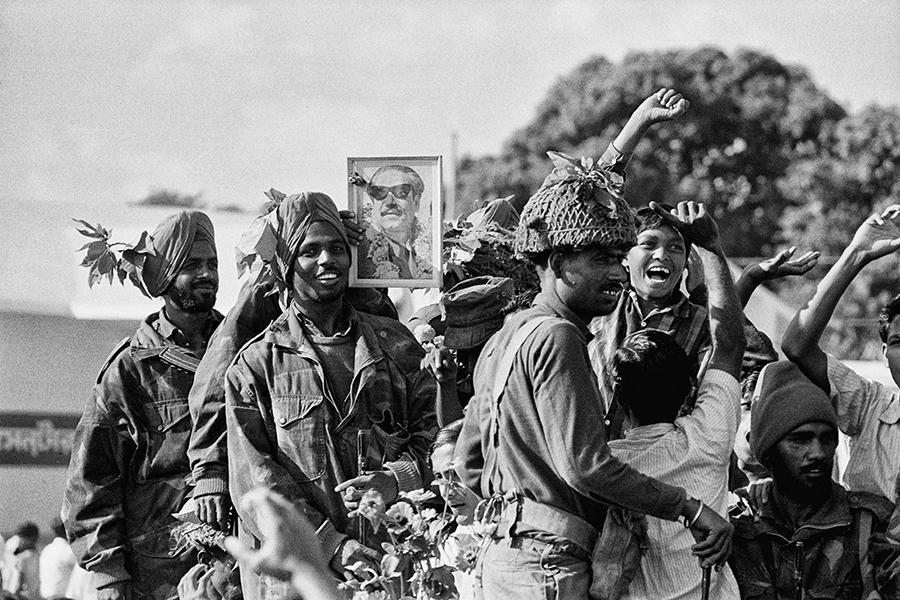 Last weekend, I joined my wife and mother-in-law in Delhi for the Golden Jubilee Bogra Day celebrations, commemorating one of the fiercest battles of the 1971 War with Pakistan and, possibly, the only battle of that war that was fought in built-up areas. My father-in-law, Lt Gen FT Dias, was the Commanding Officer of the 5/11 Gorkha Rifles Battalion at the time. They were tasked with capturing the strategic town of Bogra in erstwhile East Pakistan.

Bogra was captured on the morning of December 16 and the Eastern Command of the Pakistan army signed the surrendered agreement that evening at 4:31 pm. For this victory, the 5/11 GR were awarded Battle Honour Bogra and Theatre Honour East Pakistan 1971. Three from that battalion were awarded the Vir Chakra, three were awarded the Sena Medal, and three others were Mentioned-in-Despatches. You can read a detailed first-hand report on the battle here, written by Lt Gen JBS Yadava (who was a young major then) for the Indian Defence Review.

The Chief of Defence Staff, General Bipin Rawat, was at that celebration because he was from 5/11 GR, and so was his father. It is tragic that four days later he, his wife, and 11 others died in a helicopter crash.

I learnt a few things from those two days in Delhi last week spent with 5/11 GR. These lessons are not necessarily connected.

The 1971 War was a triumph for humanism and democracy, and not only a military victory

Lt Gen SS Mehta (former Vice Chief of Army Staff and Faculty member at the Indian School of Public Policy) recently introduced me to a very interesting book “Just and Unjust Wars” by Michael Walzer. The author refers to the Indian invasion of East Pakistan in 1971 as a fabulous example of “humanitarian intervention—not because of the singularity or purity of the government’s motives, but because its various motives converged on a single course of action that was also the course of action called for by the Bengalis”. This is why we were in and out of the country so quickly: “Defeating the Pakistani army but not replacing it and imposing no political controls on the emergent state of Bangladesh”. The Pakistani army had turned loose on its people: “The soldiers ranged freely, burning, raping, killing”. Millions of Bengalis fled into India. There was months of unsuccessful diplomatic manoeuvring to settle this problem. This was, therefore, a humanitarian intervention because it was a rescue. The two-week war started with the Pakistani air force attacking 11 airfields in north-west India.

As Gen Mehta said, the 1971 war was a victory of humanism over barbarism, democracy over military, and manoeuvre over attrition. The Indian armed forces won the war by disrupting the decision making of the Pakistani armed forces. The rapid movement of the Indian forces kept the enemy off-balance. One of the factors that led to the capture of Bogra was the tactical decision to totally isolate the town by a surprise early morning attack from the south-west. Indian forces had already covered the north, east and south. India did not stay on in Bangladesh as conquerors after the surrender. The troops pulled out immediately. My father-in-law’s battalion found themselves in Jamnagar by the end of December.

We do not celebrate victories enough in India

It was a huge victory for India especially since, the US was a big supporter of Pakistan and had sent a part of the Seventh Fleet, including the aircraft carrier, USS Enterprise, to the Bay of Bengal. Over the past couple of days, I asked a few people in their twenties if they had studied the 1971 war in their history class. Only two out of twenty had actually studied it in some detail and most others learnt about it only as a passing reference in their history book or studied it later in political science.

In recent years, political rhetoric has focussed more on the failures of the 1962 Indo-China war. So little attention is paid to the wars where India was victorious. This extends to a lot of other successes in India—be it in science and technology, business or sports. The only time when India celebrates a victory is when Indian cricketers win a tournament. You cannot build patriotism if one doesn’t celebrate military and non-military victories.

This does not apply only to the government. Even companies, non-profits and educational institutions do not celebrate successes that much. We need to do so to make us proud of what all we have been able to achieve. Our son says that maybe the colonial hangover keeps our pride at the minimum. We need to shed that.

And if a politician is not involved, it is more unlikely that the victory will get celebrated or show up in our history books. We need to remember that these victories are not political but are victories of our country. These are victories of India as a team. Let’s start by documenting and celebrating the successes of colleagues at school, college, work, and our communities.

Soldiers are human but can be superhuman when challenged

Fiona and I asked Gen Yadava how the troops felt when going into battle in 1971. He was a young Major during the war and he, together with Major Abjeet Mamik and my father-in-law, were awarded the Vir Chakra for the Battle of Bogra. Gen Yadava told us they were scared, but they could not show it to their troops. They were a young battalion and had a job to do. My father-in-law never really talked about that battle with his family. All he told his wife was that this was their job and they had to get it done.

For a lot of us, news of battle deaths remain just a statistic. But for many of these soldiers, it is a loss of a friend. One of the retired officers messaged me that the death of Gen Rawat and his wife, Madhulika, meant the loss of friends going back 44 years. Many soldiers suffered post-traumatic stress disorders and, in 1971, there was no professional counselling available to them. The state and central police forces also face similar challenges.

History tends to forget the invisibles

A friend of mine, Nihal Chouhan, wrote a lovely tribute to his good friend Lt Col Harjinder Singh who also died in the helicopter crash which took the life of Gen Rawat. But Harry was clubbed by the media in “the eleven others” who died. These men signed up to fight for our country and died premature deaths, leaving behind wives and children whose lives will never be the same again.

Last Saturday, when they were cutting a cake to celebrate the Golden Jubilee of the Battle of Bogra, Lt. Gen Sushil Kumar (the oldest surviving former Commanding Officer of 5/11 GR), called my mother-in-law, Selda Dias, to join him in cutting the cake, referring to her as the “brave lady”. He called her that because during the Battle of Bogra she had two young daughters with her in Mumbai. She never let her daughters worry about their father being at the battlefront and would come up with stories to distract them. Whenever the telegram guy would visit their building, she would get tense, expecting the worst possible news. She was one of the fortunate war wives. There are many veer naris and non-commissioned officers who play a large role in these wars but are not remembered in the history books. They are invisible in a war. My father-in-law would also say that without his men, they would not have won the war.

The importance of discipline

When we were visiting the 5/11 GR unit last week, the soldiers proudly took us around their barracks. Everything was neat and Fiona was quick to compare it with the mess in my room. The only time that I met Field Marshal Sam Manekshaw was when I bummed a ride with him about 40 years ago from the Mumbai airport. He had come to attend a board meeting and I asked if I could ride with him to town (South Mumbai). He very generously let me do so and the only part of the conversation that I remember was him ticking me off for not getting a haircut before my meeting. Discipline is a very important part of army life.

In civilian life, we tend to be a lot more accommodative and forgiving. The concept of sticking to time is alien. I sometimes wonder whether more discipline in our lives would lead to better outcomes. One of the serving officers told me that war is ambiguous and that the army is trained to bring order to that chaos. In the civilian world, we also deal with a lot of chaos and the successful people are those who can bring order.

The sudden death of Gen. Rawat and his wife has shocked so many of us because we were all celebrating together just four days ago. It has reminded us that life is too short. We need to make the most of today and fret less about the past or the future.

I remember visiting the War Cemetery in Kohima, Nagaland. The Battle of Kohima in 1944 was another famous battle and Japan gave up its attempt to invade India after losing that battle, which has been referred to as the ‘Stalingrad of the East’. There is a war memorial there with the famous epitaph of John Edmonds,

”When you go home, tell them of us and say for your tomorrow, we gave our today.”

The thoughts and opinions shared here are of the author.