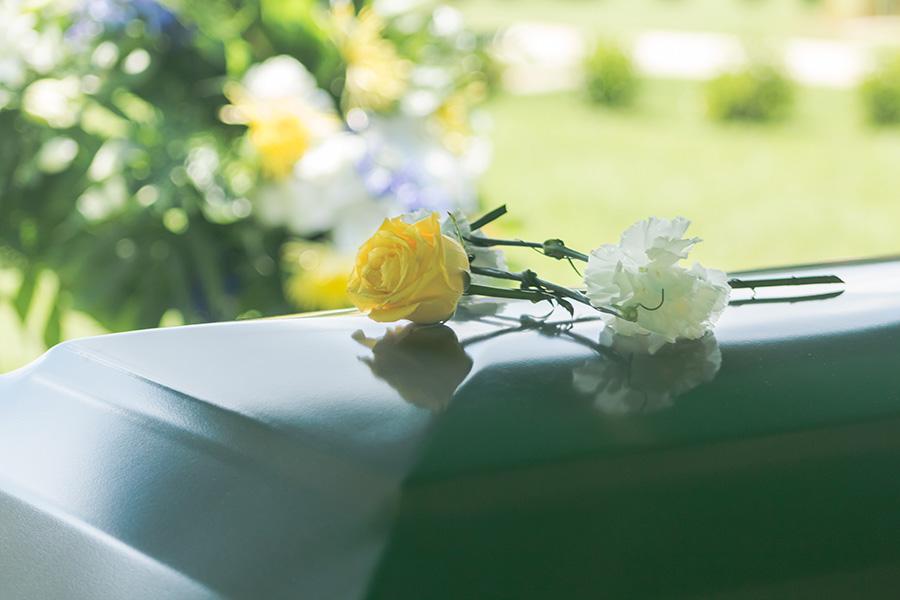 Our mother, Vilma Miranda, passed away recently in Bengaluru. Friends and family surrounded us as we said our good byes. They were also sad and at mum’s funeral, most of her friends wore black or white. But her kids and their spouses were in brighter colours. This was deliberate… we had come together to celebrate, not just her life but her death too. We, my mother included, had done the same at my father’s funeral too.

Mum grew up in Nagpur with five brothers. So she had her fair share of sports and tree climbing. Nagpur, in Maharashtra, was a lovely town to grow up in. My grandfather was Mahatma Gandhi’s dentist and she would occasionally take the train with her father to visit Gandhi’s ashram in Wardha. Recently she had told me that the highlight of her visits was the book her dad would buy her at the station bookshop on each trip.

She grabbed the opportunity in the 1950s to study Home Science and Library Science at Rosary College, located in one of Chicago’s most charming suburbs. Not many young women from India sailed by ship to study in the US those days. Mum wore a sari nearly everyday for the two years she was there, even in the Chicago winters. She had saved many newspaper cuttings about this Indian lady in a sari. She nearly met Mario, my dad, when they were in the US. He was in Detroit and a common cousin/friend had connected them. Unfortunately, it started snowing on the day they were to visit Chicago, and my dad, who was then working at Detroit Diesel, decided not to risk his car by driving in the snow to Chicago. Mum and her friends were bummed out! They finally met a couple of years later in New Delhi.

Mum and dad were married for 58 years and had four children and three grandchildren. When we were old enough, mum went back to work as a librarian. They finally retired to Bengaluru. Mum was known for keeping a very tidy home and she would constantly grumble about the untidy state of my desk. That’s why we kept a few dusters in her coffin to help her get started in her next life!

She kept a diary to remind herself about everything, and to also record everything; I guess I picked up that habit from her. About ten years ago, she got knocked down by a stupid driver and needed surgery to fix her broken bones. A couple of years, later she had a knee replacement surgery. And every time she bounced back with more vigour.

Two years ago, dad passed away and she had to learn to live without him. She had been very dependent on him and gradually had to teach herself to be independent. Fortunately, my sisters – Carina, Camille and Lisa – lived in Bengaluru, and Carina lived with her. Her iPad, a gift from her brother Cecil Barretto, was her window to the world. She wrote her emails on it. She surfed the internet on it. She saw movies on it. She read books on it. She read the news, and also Skyped with her grandchildren on it.

Mum was a doting grandmother. She was interested in every little detail that the grandkids told her and remembered them. She would cook special meals for them. She would also do the same for her children… stuff us with food and then tell us that we were putting on too much weight!

But her eyesight and hearing were fading, and that made the iPad even more important for her. Then her heart started to fail. She had a couple of stents put in a few months back. But that was not enough. Finally, her heart gave up.

When the doctors told us that she wasn’t doing well, we opened a letter that she had written on March 20, 1995. She had told us about this letter. In the letter, she had written that she did not want her children to be tied down looking after her. If at any point, she was indisposed and unable to look after herself, physically or mentally, she wanted to stay in an old folk’s home (she had already identified the place). If she lost her sight, limbs, etc, she did not want surgery to prolong her life. And if she was in a coma she did not want any life support system. She had even outlined what she would wear for her funeral (her wedding sari). All this was written twenty-three years ago, when she was sixty-three. Mum was a trend setter in so many ways.

I was the only son, and I had it easier with her than my sisters. But she would not let me get away with everything. In 1989, after I’d started dating Fiona, I told my folks that I had met the woman I could marry. I visited Fiona when she was holidaying with her parents in Tezpur, Assam.

When my mother heard about this trip, she had a stiff whisky and wrote me a stinker of a letter about how I date too many women, and that is was wrong for me to mislead them. She wrote, she would only believe that I was getting married when she saw me walking down the church aisle on my wedding day. I saved that letter carefully and while she was walking me down the aisle at our wedding three years later, I took it out of my pocket and asked her if she finally believed me! That teared her up!

She was a model mother-in-law to Fiona, whom she always treated as her fourth daughter. Fiona could do no wrong in her eyes (much to my dismay). For my dad’s 80th birthday celebration, she insisted that Fiona raise the toast. How many mothers-in-law would give their daughter-in-law such importance? Mum truly was a trend setter.

This was our mother. Was she perfect? Hell, no! She drove us nuts quite often. But she lived a full life. At her funeral service, Fr. Mani, her dear friend, talked about her caring and concern for others. She was out visiting a sick friend the week before she passed away. She also visited her niece and husband who had recently moved to a new home an hour away from her. Old age was never an excuse. She was busy planning a trip to visit her brothers in Goa and was talking to Fiona about visiting us in Mumbai. She believed in doing God’s will, with love.

So when she left us last week, how could we mourn too much? Yes, we were sad that she was no more. But we were glad that she went before she fully lost her hearing or eyesight. Her memory was fine. Her end came fast and she did not suffer for long.

And that’s why we celebrated, both her life and her death.