Investing in Your Children 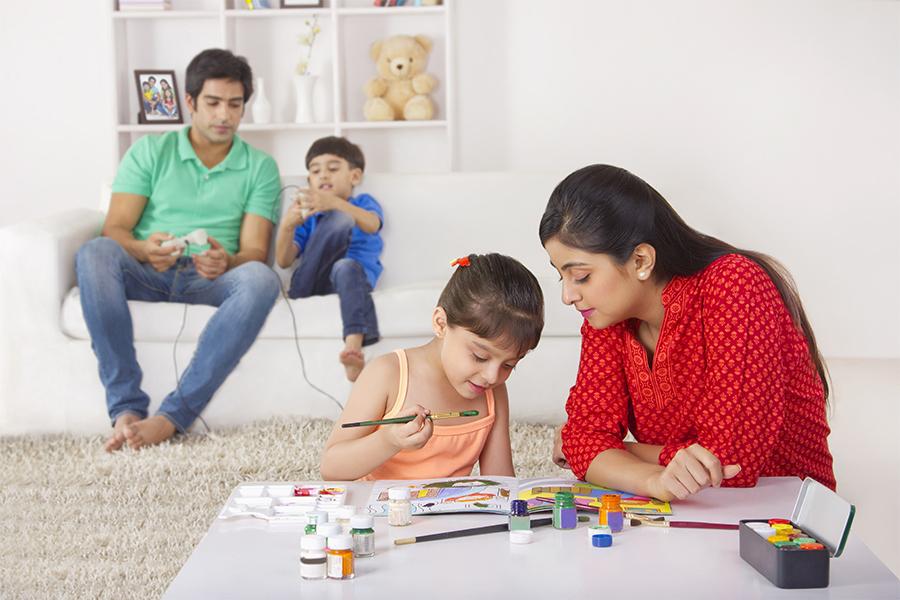 Nearly every day there are reports in the media about kids being depressed or ending their lives, or being killed in India. Last week, one of the headlines in The Times of India read, ‘World at their feet, so why are youngsters throwing it all up?’

When tragedy strikes, the response is pretty standard – grief, hordes of messages flying around on social media and agitations (often led by the parents and the hurt or deceased’s friends) against schools, colleges, friends, or the offices of the kids that died. Everyone is to blame, except for the parents.

We parents are constantly concerned about the well-being of our kids. Questions like, are we doing the right thing for them? Are we sending them to the best school? Are we too strict? Are we too lenient? What should our stand be on drinking? On girlfriends or boyfriends coming over? How much do we push them?

Most parents face these dilemmas and handle them with various degrees of success. But then there are many parents who don’t spend much time with their kids either because of too much work or too much socialising, or maybe because they just don’t like to deal with the hassle of parenting. Keeping the rising crime rates against kids in mind, let’s revisit the need to invest in our children. Here invest is not in terms of money but in terms of time.

I have two kids, aged 22 and 20. Like any other parent, my wife and I worry a lot about whether we are doing the right things for them. We also went through all the aforementioned dilemmas. We have had many arguments on some of these issues, including the appropriate age to get a mobile phone and the importance of eating dinner together. As Fiona, my wife, would often tell our kids, “I am your mother first, and your friend second.” But with a bit of luck and a lot of aggravation (and lots of fun), we have survived the last 22 years.

Some time ago, I met a young guy I had mentored many years ago. We have stayed in touch and chat whenever he needs to make a major decision. A few months ago, he was depressed and came close to giving up on life, he told me. Fortunately for him, he survived. Many others do not. The reasons are many – depression, dangerous trends like the Blue Whale game that has claimed many children’s lives worldwide, and more.

At the mentoring program that we run in Mumbai for youth between the ages of 16 and 22 years, it is alarming to see how many of them suffer from some form of depression or high anxiety. Looking at this worrying trend, this year, we started engaging with counsellors and psychiatrists, and I personally learnt a lot more about how to deal with such challenges. And my respect for professionals like counsellors and psychiatrists has gone up tremendously over the past year, thanks to some amazing people who have taught me so much.

Kids are smart and observe what we do, much more than what we say. They see parents as role models, and this makes parenting even more stressful. There are certain situations we’ve come across where the wife is working hard, while the husband stays at home (a lot of cases are because they are either lazy, can’t get a job or are depressed). She travels a long distance to work, has a full day at her job, travels back home and is then expected to cook dinner; while the husband just hangs around the house and vents his frustration on the kids, which sometimes leads to physical abuse. There is a stark difference that can then be seen in the drive of the sons and daughters of such families, given that the role models for both are so different. Being a stay-at-home dad isn’t bad and if done right; he can play a huge positive role in the upbringing of the kids by spending time with them, helping his partner in the house with the chores and in running the house, and keeping an eye on the kids’ education. In short, it’s all about setting the right example.

There’s nothing better you can do for your child than to invest your time with them. There’s a song from the 1970s, ‘Cat’s in the Cradle‘ which is about how the father was so busy chasing his career that he had no time for his son who only craved for his father’s time. And when the son grew up, he was busy chasing his own career, and had no time for his father, who then craved for time with his son. When I talk to some kids today, who suffer from depression, the root cause is often their parents.

Being a parent is tough. Building a career and raising a family, both, are daunting tasks. But spending time with your kids should always remain your number 1 responsibility. Don’t you think it’s fitting for a parent to be spending time with the kid rather than a nanny or a maid or the school teacher?

My wife Fiona talks about sex education to teenagers in various schools and it is heartening to see the percentage of parents who now discuss this with their kids going up. One of the women at a non-profit organisation I am involved with, left her husband when she realised that it was very likely her daughter would also end up in an abusive relationship if she didn’t move out of her own abusive relationship fast.

Our kids are under a lot of pressure – studies, social media, instant gratification, discovering their own sexuality, neglect by busy parents, and so on. But they need our support. Kids, especially when they are young, instinctively look to their parents for help.

So what should parents do? How do we handle parenting correctly? The solutions can be simple but acting on them is tough.

Every kid is different and the way to handle each one is unique. But there are some broad lessons you can follow. First, always keep the lines of communication open. Judgment blocks open communication. For example, one of the young adults I mentor recently told me that he resented the beatings he had received from his parents as a kid. My immediate response was to tell him that I had also been in such situations as a child, but didn’t resent my parents for it. He later told me he didn’t like my response because my comment trivialised the issue. I realised my mistake – I was being judgmental.

It’s important to build a relationship of trust with our kids. They are unlikely to tell you everything (did we tell our parents everything?) but we have to continue to be there for them. We need to spend actual face time (and not FaceTime or time spent chatting on WhatsApp) with them so that we can also observe their body language. It’s impossible to build that trust without spending time with our kids.

It’s important to empathise with them, to treat them like adults and talk openly about the issues around them – risk-taking behaviours, sexual changes, peer pressure, academics. It’s important to interact with the kids’ teachers regularly too, and to expose our kids to life skills training. You can upgrade your parenting skills by talking to other parents and looking for examples of good parenting.

Finally, and probably the most difficult to implement, is to shun our own taboos and realise that some kids need professional counselling or psychiatric care. Over the last one year, I have learnt to avoid saying, “I know what you are going through” because I probably don’t, and such responses tend to cause irritation. Kids wear masks very effectively and as parents, we are not necessarily trained to peel them away. So, sometimes it is also important for parents to seek professional help sometimes to learn effective ways to deal with and relate to our kids.

A former colleague told me many years ago that parenting is about giving your kids roots and giving them wings. We need to teach them how to be independent and yet stay connected. We need to teach them how to handle success and failure too. And it’s okay if they don’t succeed all the time.
Remember to tell your kids you love them irrespective of how they react to you and what their grades are.

In the end, all you can do is give your kid the time and attention she or he  deserves. There are no guarantees on how the kid is going to turn out but the least and the most you can do is to invest time in them.

So before we go on to blame the rest of the world for our child’s problems, let’s hold a mirror to ourselves and see if we are really doing our best.