Economic inequality is not evil 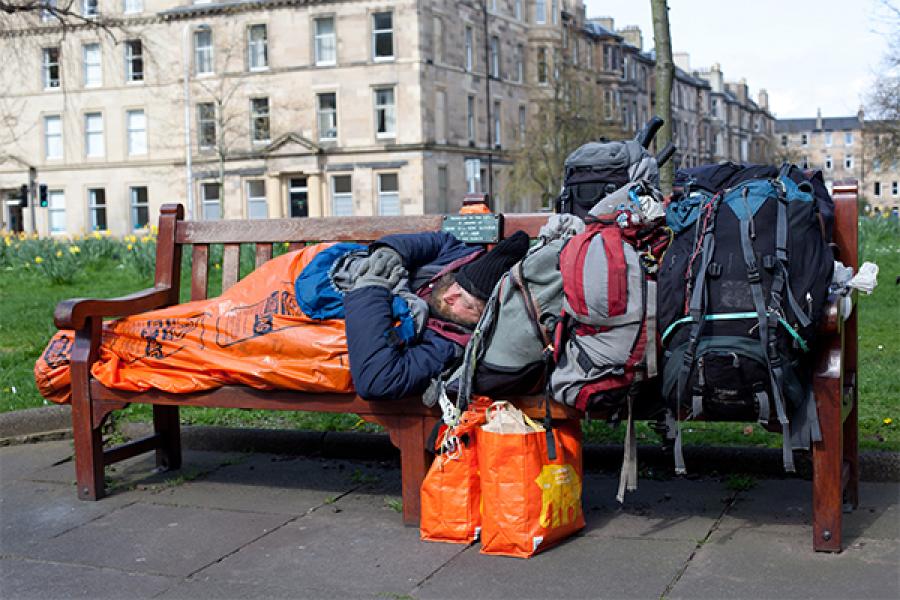 I was visiting my daughter last weekend and I picked up a book at the F&M College Bookstore – On Inequality by Harry Frankfurt, professor emeritus of philosophy at Princeton University. It is a short book that I finished quickly enough to write this blog on my flight back from America. Frankfurt is also the author of the bestseller On Bullshit.

In his preface, Frankfurt refers to the impact that last year’s bestseller by French economist Thomas Pikkerty (Capital in the Twenty-First Century) has on the discussion concerning the growth of economic inequality in our society. Capitalism has been under increasing threat after the 2008 global financial crisis and socialistic ideas are gaining more ground across the world. Obama recently said income inequality is “the defining challenge of our time”. In India, also, the benefits of the ’90s liberalism are being challenged by academics, politicians and some sections of civil society. Having studied at the University of Chicago and being associated with the Centre for Civil Society (CCS), I find this wave of ‘socialism’, or anti-capitalism, distressing. Which is why I found Frankfurt’s book to be a very interesting read: He argues that poverty, and not economic inequality, is the biggest challenge of our time

He starts off with an imaginary conversation:

First man: “How are your children?”

Second Man: “Compared to what?”

This conversation reminded me of a Calvin and Hobbes cartoon that I use a lot when talking about happiness. In the first frame of that cartoon strip, Calvin, another great philosopher, is smiling because he is happy and content. But then he realises that he is not euphoric, and becomes no longer content. His day is ruined because he is no longer happy. And in the final frame, he says, “I need to stop thinking while I’m ahead.” The same with the second man in that conversation. Maybe his children are doing well. Maybe they are not doing well. But when he starts comparing them to other children, there is a higher likelihood that he won’t be happy with the way his kids are doing. And the same with economic inequality. Instead of focusing on relative wealth or poverty, we should focus on the shameful levels of absolute poverty that we see around us. (A side note – I am only referring to economic poverty in this blog and not emotional or spiritual poverty).

The biggest challenge today, with all our affluence, is that there is a lot of poverty around, and this is not just in India. In recent months, I have seen so many homeless people sleeping on the streets of London and the US. I have taken doggy bags on my recent trip to give to beggars that I see on the streets in the US. That is the challenge. Why are some people so poor that they cannot get out of the poverty trap? It is not because they are all lazy. Someone from Leaders Quest (LQ), an organisation I am involved with, recently told me about their interaction with a homeless lady in London. She was a reasonably successful person who had fallen on hard times and took to begging. What hurt the most, she told the LQ group, was the look of people who passed her by – they felt that the fault was hers, not society’s. Her challenge was that, despite trying, she just couldn’t get back onto the ladder and no one wanted to help her get back.

But back to Frankfurt… he argues that economic inequality is not morally objectionable. What is undesirable is that economic inequalities sometimes lead to inequalities of other kinds which undermine our commitment to democracy; an example could be undue social and political influence by the wealthy. But these undesirable influences can be managed by proper legislative, judicial, regulatory and executive monitoring. Of course this is tougher to do and hence it is politically easier to talk about reducing economic inequality. Referring to Obama’s comment, Frankfurt says the issue is not about income inequality but that there are too many Americans who are poor. Reducing inequality will not necessarily help the poor get out of poverty. It comes back to the famous argument last year between Amartya Sen and Jagdish Bhagwati on whether we re-split the same pie or make a bigger pie. Communism did not reduce poverty in the communist countries on a sustained basis and in India, decades of socialist policies helped keep a large part of India in poverty, while other countries leapfrogged past us.

Two of the reasons why there is renewed focus on economic inequality today are the excessive consumption by the rich and fears that the future will continue to be tough. Frankfurt agrees that gluttony is ugly and morally offensive when there is so much poverty around. I am reminded of Marie Antoinette’s alleged quote (it is unlikely that she actually said it) when she was told that the peasants were starving because they did not have bread to eat, “Then let them eat cake.” She ended up losing her head during the French Revolution. This should be a reminder for those who indulge in over-conspicuous consumption – their heads could get cut off!

Frankfurt goes on to say that it is not morally important that everyone should have the same. What is morally important is that everyone should have enough. But the theory of equality is easier to articulate than the theory of having enough – how much is enough? I recall the furore after Montek Singh Ahluwalia, vice chairman of the Planning Commission, came out with new definitions of poverty. What does it mean for a person to have enough?  Frankfurt refers to a doctrine of sufficiency where having enough to get by is not enough since people who are always living on the brink are not content. Hence, having enough means that you should have some comfort that you will be provided for in the future also. A first step for a place like India is of course to make sure that people should have enough for today at least. This is more important than worrying about economic inequality in India. Of course, the rich should be encouraged to share their wealth, but by setting up disincentives for people to seek economic wealth, we run the risk that entrepreneurship will move offshore, tax evasion will increase and we will revert to the low rates of growth that we saw before the 1990s.

Frankfurt goes on to say that evil lies, not in that some others have better lives, but that bad lives are really bad. Experiences of being ignored (like that lady in London) may be profoundly disturbing. Demand for equality is different from demand for respect.

CCS and Friedrich Naumann-Stiftung für die Freiheit (FNF) published a very interesting booklet titled Why is India Poor?. This is also the theme of the popular Freedom Caravan series that we have run over the last two years across campuses in India. In it we argue that institutions and policies determine economic success. The most important institutions and policies that help the poor get out of poverty are those that enable economic freedom.  You can download a free copy from our website – http://ccs.in/sites/default/files/publications/lss_series_1_why-is-india-poor.pdf.

So let us stop talking about economic inequality and focus instead on policies that remove poverty and ensure that everyone is treated with respect. Let us focus on setting up institutions and policies that enable economic freedom.