How much free aid is too much? Especially when it is killing the local economy

A lot of ‘free aid’ is being provided to underdeveloped countries. Is this aid even sustainable let alone being a pathway to a developed economy? 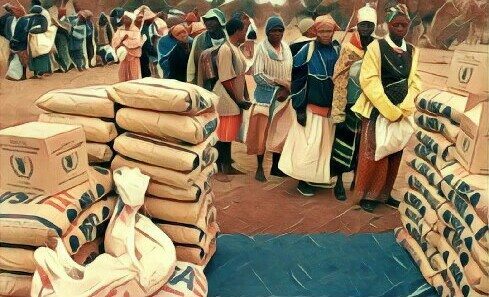 I recently saw a movie, “Poverty Inc”, directed by Michael Matheson Miler and produced by Acton Institute, a think tank promoting free enterprise within the framework of religious faith. It addressed a question that a lot of people have debated – “Can doing good actually cause harm?”. Through a series of case studies, the movie analyses how charity actually hurts those who receive the aid, apposite to its tagline ‘Fighting poverty is big business. But who profits the most?’. The primary purpose of the movie, however, is not to discourage giving, but to make people think. It forces one to inspect the impact of their good work and ask themselves what is the right way to give aid.

Does Aid impair one further?

An underlying theme in basic economics says, “offering a product for free can destroy the local economy”. Many instances from the movie exemplify such a situation.

A farmer in Rwanda goes out of business because he cannot compete against an American church sending free eggs to feed starving Rwandans. A rice grower in Haiti stops growing rice because he is unable to compete against very cheap rice coming from rich farmers in the US who receive huge subsidies. A local cobbler goes out of business in Africa when TOMS shoes land up in the village and are distributed for free. 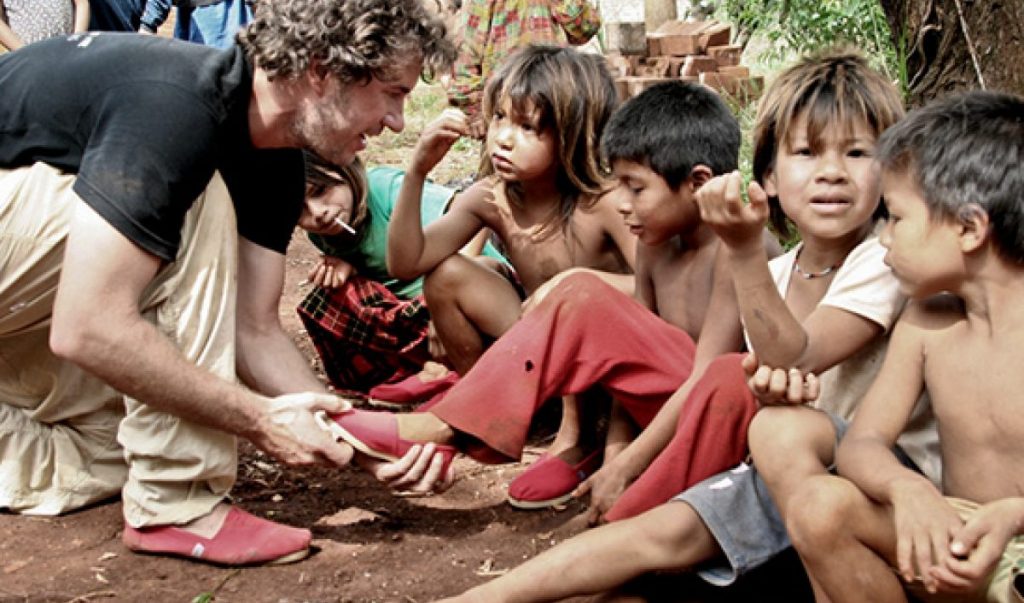 TOMS Shoes ‘Buy One, Give One’ model led to the devastation of the business of local cobblers. | Source: PRI

In all these cases, the donors had honest intentions. The American church wanted to feed starving people in Rwanda. The US government wanted to feed the disaster-stricken Haitians. Blake Mycoskie, the founder of TOMS, genuinely wanted to help Africans who did not have proper footwear.

There would be no one left to fill in that gap. The egg farmer has no more hens to produce eggs. The rice farmer’s field is barren. The cobbler has shut shop. And the people in these villages have become worse off now.

Clearly, this was not the intention of the donors. They wanted to help but did not realise the long term consequences of their good intentions.

Let us now look at the Haiti rice situation. Bill Clinton, in 2010, publicly admitted that his policy of distributing free food produced by rich countries to poor countries did not work. When he was the President, he had forced Haiti to drop tariffs on imported subsidised rice. The step benefitted the farmers in Arkansas but wiped out Haitian rice farming, seriously destroying Haiti’s ability to be self-reliant.

In the aftermath of the Haitian earthquake in 2010, it came to surface how free aid only led to the destruction of organisations empowering the local. | Source: ABC News.

Another example from Poverty Inc is the interview of Jean-Ronel Noel, Co-Founder of Enersa in Haiti. Noel started a business in his garage to make small solar panels for street lights and be part of ‘something special’. They had created a Haiti-made product. Their business grew gradually and created jobs in a poor neighbourhood; for people who would otherwise be gang members. After the 2010 earthquake, US NGOs raised money to give away solar panels. And the company struggled to stay afloat.

Why would someone buy something if it was available for free? The solution for a more long-term change would be to empower the people whose lives have been devastated. Of course, short-term humanitarian aid is necessary, but that should stop as soon as possible to help restart the local economy. Removal of poverty calls for helping local entrepreneurs rebuild their businesses. 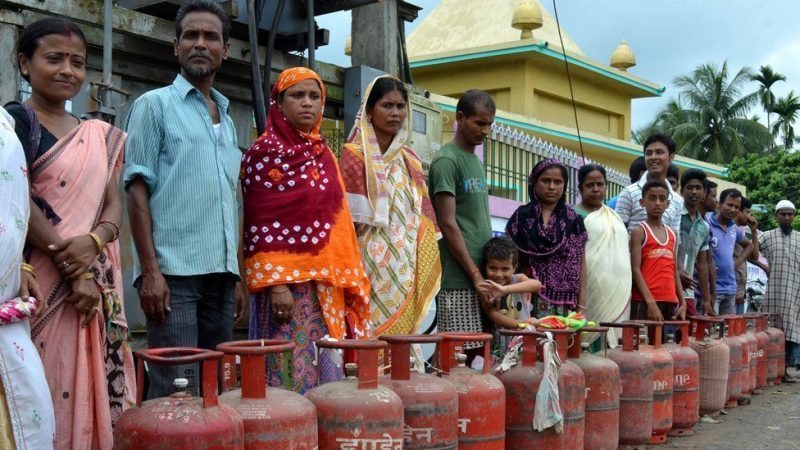 How far can give aways like MNREGA really take a nation? | Source: The Quint

Through schemes like MNREGA, we are creating a new generation of beggars who lose their initiative and depend on the government.

What does this mean for India? Instead of doling out freebies, we should be encouraging local entrepreneurs and creating institutions that support economic freedom. Micro Finance Institutions (MFIs) have done a lot to help local entrepreneurs, but a better effort could take them to a larger scale. Instead of dumping rice or eggs, donors should help support domestic producers of rice and eggs. Through schemes like MNREGA, we are creating a new generation of beggars who lose their initiative and depend on the government. We should, instead, be spending that money to help entrepreneurs develop self-reliance and create jobs that are sustainable.

China’s remarkable success was largely due to the unleashing of capitalism and the growth of entrepreneurship over this period.

It finally boils down to the fact that market-based solutions which encourage entrepreneurs to grow are the best ways to create prosperity. No country became a first world country because of aid. A few months ago, I saw a graph that summarised this elegantly. It showed how the percentage of the population living in absolute poverty has changed over the past 30 years in different regions. East Asia (led by China) has seen poverty plunge from 78% to 8% – the most remarkable drop. South Asia has dropped less remarkably from 61% to 25%, and Sub-Saharan Africa has drifted from 53% to 47%. China’s remarkable success was largely due to the unleashing of capitalism and the growth of entrepreneurship over this period. For me, this is the best data-driven evidence that economic freedom is the way to reduce poverty and create prosperity. Not aid.

This articles was originally published on  QRIUS.COM.