Bank Privatisation is Not Necessarily the Solution 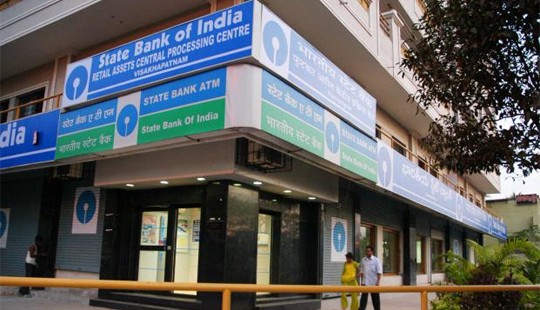 The private sector is definitely not scandal free. ICICI Bank is currently under investigation for alleged related party transactions related to Videocon. Many years back Global Trust Bank had to be merged into Oriental Bank of Commerce after a host of scandals. And during my banking days I saw how leading global private sector institutions like Barings and Citibank were hit by fraud or bad loans. More recently we saw global private sector giants like Bear Sterns and Lehman collapse and saw how Bernie Madoff perpetuated a fraud for over 15 years. All examples of private sector failures.

Of course there are many reasons why banks should be privatised. Parth Shah, President of the Centre for Civil Society, makes a valid point — when private institutions fail, the shareholders lose their money; but when public institutions fail the loss is borne by all of us citizens. Look at how much the Air India bailout has cost us. Secondly, public sector banks account for about 67% of the banking sector in India. Ruchir Sharma, Morgan Stanley’s Head of Emerging Markets and Chief Global Strategist, states that across the world this share is about 33%. Hence the share of the PSBs in India has to be brought down. Currently it is being done through deliberate neglect of the PSBs; this neglect (a form of backdoor privatisation of the banking sector, like what we saw in the civil aviation sector) erodes their value, which again is a hit that the citizens of India have to bear. Finally, Arvind Panagariya, former Vice Chairman of NITI Aayog, recently wrote that scholarly research has shown that private sector banks have delivered higher productivity and growth than PSBs.

Bank managements have to be freed from the clutches of the bureaucrats and politicians, who know nothing about banking. Tamal Bandyopadhyay, Consulting Editor at Mint, recently wrote about the problem with transfers and promotions at PSBs and also about the poor pay of PSB management. Many years back I was at a meeting to see if we would buy a 10% stake in Air India. I declined and was questioned about it by a senior Secretary. My response was that a 10% stake would not give us any meaningful say in blocking the interference in management by the government and the value of our investment would erode very soon. Seeing what has happened to Air India over the past 15 years has vindicated that stand.

We have seen how owners of institutions hit by scams or frauds have either been jailed or have had to flee the country. Why can’t we do the same for the owners of scam-tainted PSBs also? Shouldn’t some of the officers in the Finance Ministry go to jail for mismanagement of PSBs like PNB? Unfortunately, there is no level-playing for governance and accountability between the private and public sectors in India.

What is most worrying is that instead of fixing the governance problem in PSBs, there is a witch hunt against the borrowers and the management teams in PSBs. This has led to a shutdown at the PSBs (another example of deliberate neglect of the PSBs, to the advantage of private sector banks) and a fear that economic growth will be further impacted. There are some very efficient executives in PSBs (foreign and private sector banks have recruited from the PSBs for decades). To assume that all PSB employees are crooked or inefficient is an insult to so many great and passionate PSB bankers, like the ones at State Bank of India.

The problem lies with the governance of these PSBs, and not with crooked borrowers or bad bank managers. Let’s focus on that, instead of only throwing a clutch of people into jail or blindly privatising a few PSBs.